Sunk as an artificial reef in September 1996, the M/V Captain Keith Tibbetts is found near the Buccaneer wreck in a large sandy area near the wall. Broken in half due to a stress fracture upon impact, the bow lies on its port side and faces the wall in about 80ft. The stern sits gently upright in shallower water and the innards of the ship are exposed in the middle as every year storms pull it gently further and further apart. A resident goliath grouper and turtle can often be found around or inside the wreck, a school of reflective glassy sweepers take residence in the control room and protective male sergeant majors aggressively protect eggs laid on the radio tower.

Built in Russia in 1984, the #356 was given to the Cuban government, who in turn sold it to the Cayman Islands in the mid-1990s. Jean-Michel Cousteau was present for the sinking of the wreck in 1996, which took several hours to finally reach bottom! A geocache was recently placed on the wreck, and makes for a good hunt while exploring the wreck. There are also two popular penetration swims through the sunken ship; however, be sure to follow an experienced dive master before attempting yourself!

Where everyday is Taco Tuesday!

FOOD FOR THOUGHT /GATEWAY OF INDIA TAKE OUT

King''s Sports Centre is a multipurpose facility geared towards providing the community with a variety of sporting, recreational, and relaxing activities all under one roof.

Located in the heart of George Town. 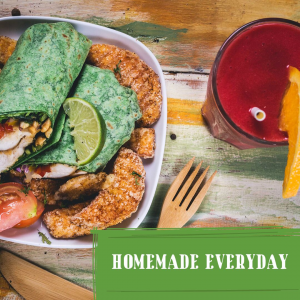 The Greenhouse is a Farm to Table Restaurant in the heart of George Town.